HOT OFF THE PRESS:

been picked up by Regent Releasing, who are opening the film theatrically in New York, Los Angeles, and other cities in the first few months of 2009.

You will love this film, and I am very proud of my work in it.

See you all soon!

"the action climaxes with a virtuoso cameo appearance by the great Karen Black as a wily and wise script consultant." - William Arnold, Seattle Post-Intelligencer 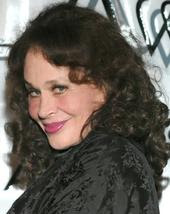 To those of you anywhere near New York -

My one woman show at the METROPOLITAN ROOM in NYC is THIS SATURDAY, July 26th. at 7:30 in the evening (one night only).

Then, the FOLLOWING SATURDAY - August 2nd, I am performing a reading of my new and improved play "Mama at Midnight" at La Mama Theater. After directing the first reading of the play at the Zephyr in Los Angeles a few months ago, the great playwright Ernest Thompson (On Golden Pond - for which he also won the Oscar) is now helping me rewrite the play and will be directing this reading as well.

TICKETS ARE FREE FOR THIS READING. 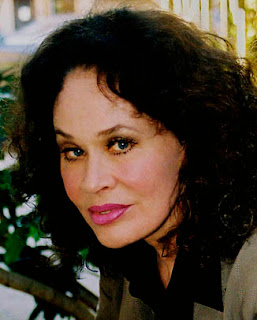 FIRST - I am doing my one woman show at the METROPOLITAN ROOM in NYC on the 26th of this month - July. at 7:30 in the evening (one night only) I did this show last fall in DC, got great reviews like this one:

SECOND - I am performing the next reading of my new play "Mama at Midnight" at La Mama Theater (talk about an approriate name) August 2nd. After directing the first reading of the play at the Zephyr in Los Angeles a few months ago, the great Ernest Thompson (On Golden Pond - for which he also won the Oscar) is now helping me rewrite the play and will be directing this reading as well. There are some great reviews on my blog: http://karenblackactress.blogspot.com/ 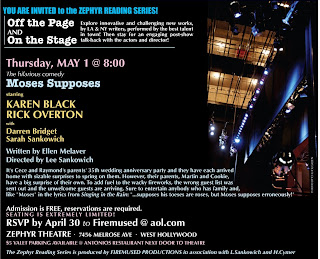 IS NOW BEING DIRECTED B Y NONE OTHER THAN

THE PART OF  THE NARRATOR IS PLAYED BY NONE OTHER THAN

MY MOM IS PLAYED BY A BRIILLIANT ACTRESS WAAAAAAY TOO YOUNG:

BETWEEN IVAR AND GARDINER

(afterwards we'll celebrate those the world CANNOT live without:

Posted by Karen Black at 8:47 AM No comments:

PLEASE SAVE THE DATE!

THERE IS A READING OF MY NEW PLAY,

AT THE STUNNING ZEPHYR THEATER

ON MONDAY EVENING, THE 17TH OF MARCH

This play was written as it happened, in an emotional and difficult time for my mother and myself.

Eventually, I simply started writing down everything she said and everything I said, because life is so odd that it is possible to just nor remember or to miss the unusual specificness of it as it transpires.

And that is why I am so proud of this play and want so for you to come and see it: it is a reality play, it happened.

IN A READING DIRECTED BY

This is a free performance.  Not a fund raiser.  Just show up.

I am leaving this week with my husband, Stephen Eckelberry to Porto, Protugal. The film he directed, "The Mirror," is having it's European premiere at the Fantasporto Sci-Fi and Fantasy Film Festival.

Joining us is Kelly LeBrock and Erin Cahill who star in the film along with Thaao Penghlis. Thaao couldn't come because of his "Days of Our Lives" commitments, we will miss him!

"The Mirror" was produced by Kimberley Kates, with Dave Zappone and Michael Manasseri of Big Screen Entertainment Group, the wonderful company that Stephen is a part of.

This is a still from the film, featuring Erin Cahill.

Posted by Karen Black at 2:48 PM No comments:

I will also be appearing on Saturday, February 16th, from 10 AM until 6
Posted by Karen Black at 4:38 PM No comments: 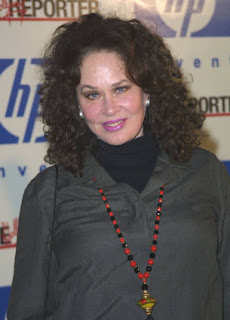 On Friday, February 15th, I will be appearing at the The Burbank Airport Marriott Hotel & Convention Center to meet fans and sign autographs from 11:00am to 6:00pm. Look forward to seeing you all there! 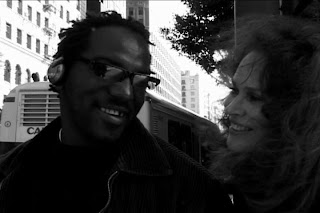 My short film, "HELP", co-directed with Jeffrey Weaver, will be shown at Sundance this year on Friday, January 25th, between 2-3pm

-Shot in one long 20 minute take with no edits whatever(no retakes either), part acting and part reality, I must actually beg on the streets for money to be able to get on a downtown subway to meet my biological mother or it will be too late and she will leave the other space where she awaits me. In real time as well: when I ask people on the street for the time, it is the actual established count down to make it to see Mom!

For all of you who are going to be in Park City That week, I would love to see you there.

Posted by Karen Black at 2:54 PM No comments: