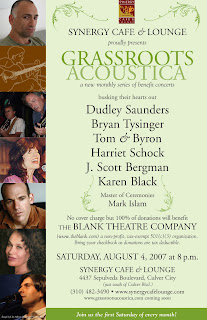 Hi guys,
Well, I'm finally singing my own songs again! Come see!
And the beloved Harriet Schock will knock your hearts back up your throats again, believe me!
love,
Karen
GRASSROOTS ACOUSTICA at
Synergy Cafe & Lounge 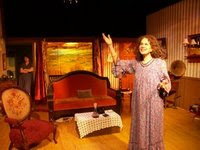 My play finished up its six week stay at the Blank Theatre last Sunday. The house was overflowing: people had to sit on the stairs that led down to the stage and extra chairs had to be brought in.
People like this play. Here are two new comments by audience members from this last weekend: "Think of all the definitions of BRILLIANT and you may barely begin to approach the experience of the play I saw tonight!" - Randy Tobin, record producer, musician
"The most magnificent and moving play I have seen in a long time...we are lifted up out of our world. The eloquence is astonishing." Alice Pero, arguably, one of Southern California's top poets Administrator/ organizer of the famous Moonday Poetry Readings for award winning poets across the nation
There are a lot more great notes and articles about the play on my blog:
Karen's Missouri Waltz quotes
Suffering Man's Charity 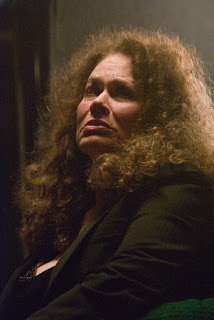 Hollywood Dreams
Henry Jaglom's movie continues its run at your local Lemmle theater. "Karen Black, who gave one of her all-time best performances in Jaglom's "Can She Bake a Cherry Pie?" is acid and merciless as a tart-tongued drama coach." - Michael Wilmington ChicagoTribune