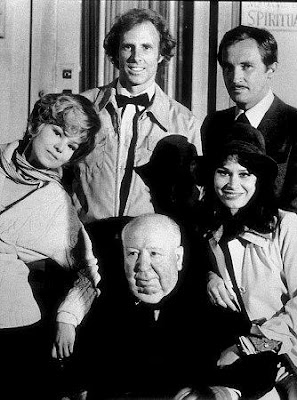 I recently premiered my new one woman show in Washington DC, which is relatively simple and comfortable, yet looney--just talking about my odd life and some of the people I've known.

And it was pretty scary, but in the end I was amazed at the response: I received 3 standing ovations and almost couldn't stand there and accept that much acknowledgment!

Here's what some members of the audience said. The show is called:

How I Learned to Stop Worrying and Sing the Song.

"From A gifted actress and songstress, Ms. Black showcases these talents in a show rife with humor, confessions, impersonations and beautifully enacted musical numbers…encompassing styles from opera to country to…well…David Bowie!

Ms. Black's devastating rendition of Sondheim's "Send in the Clowns," allows the audience to simultaneously reflect on the ironies and disappointments of Ms. Black's chanteuse." - Rick Hammerly – filmmaker

"In her solo-show How I Learned to Stop Worrying and Sing the Song, 70s screen superstar Karen Black hopscotches through her unique and ultimately enduring career. Hitting highs and a few lows, Black, still sexy and kookily captivating at a certain age, keeps it breezy and fun as she recounts her Park Ridge, Illinois girlhood as an ambitious toothpick in a world of 1950's bullet bras. It's there that her novelist mother after learning that her daughter wanted to sing show tunes sent her, oddly enough, to an opera coach.

Having clearing captured the audience in her charmingly quirky spell, Black moves on to her tenement days as a young actress in New York City where a combination of chutzpah, hard work, and talent garnered her heady success; and then it's on to her fortuitous rise to stardom in hippie-era Hollywood. Black gives the skinny on the making of some of her best-known films: Five Easy Pieces (blissful), The Day of the Locust (never again) and Come Back to the Five & Dime Jimmy Dean, Jimmy Dean (emotionally tough).

But Black saves the pathos for the songs she memorably makes her own throughout the show- be it Goodnight Irene, Me and Bobby McGee, Sondheim's Send in the Clowns or Bowie's Time, the intelligent actress with a surprisingly strong voice is beyond committed to each number.

Whether rehashing her past or interpreting musical faves, Black is a first-rate, astonishingly accessible storyteller whose show makes for a marvelous, inspiring evening. - Patrick Folliard of The Washington Blade

"A true living Hollywood legend, Karen Black's tales of Broadway and Hollywood are both hysterical and absolutely fascinating. Having worked with some of the most influential filmmakers of all time--Hopper,

Altman, Hitchcock--on some of the most important and infamous movies of all time- Easy Rider, Five Easy Pieces, Nashville, Airport '75, and yes...Trilogy of Terror - Karen Black is someone to be celebrated. And in her one-woman show, she reveals her soul through personal stories, original songs and unique covers by the Beatles, David Bowie, and Sondheim. I left the show admiring her and wondering how she does it all. She is an inspiration to artists and anyone who understands the value of hard work and giving 110% of yourself in all your endeavors." - Michael Baron - Associate Director Signature Theatre.

"I still have very influential people in the theatre community of DC, and coming up to me and saying "Thank you for one of the most perfect theatrical experiences I have had in years!". Karen is pure joy to work with and her show exceeded any grand expectation I could ever have hoped for! This is a perfect show. Small, self contained...definitely a one woman show equivalent to any of the other retrospective shows out there." -Jeffrey Johnson Artistic Director ganymede arts